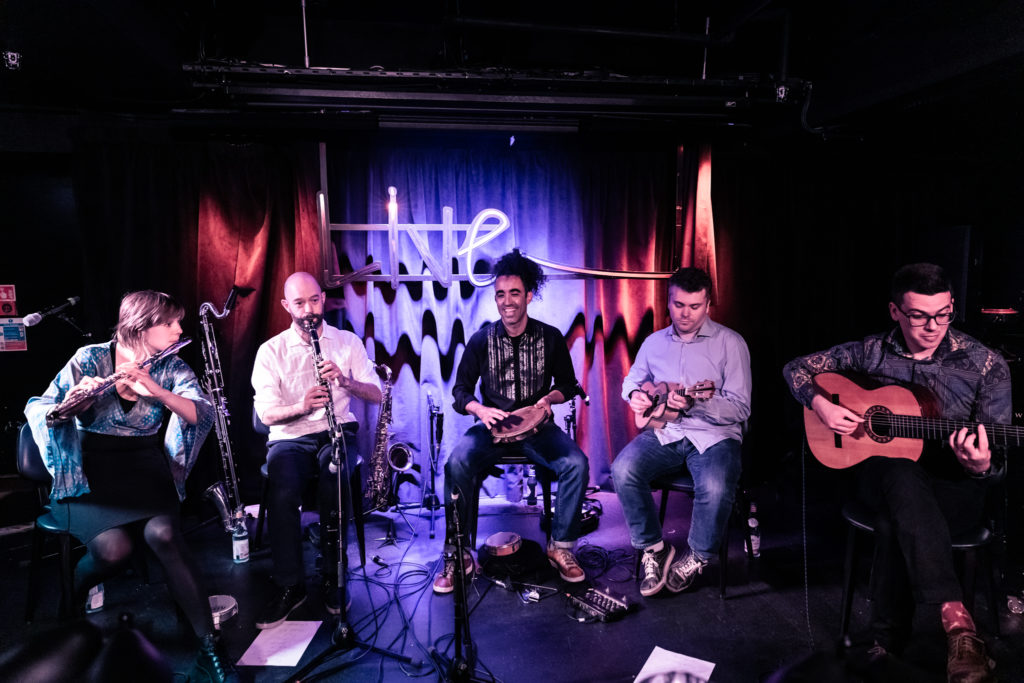 Alvorada are a London-based band playing choro music of all styles – from the earliest classics to modern and contemporary pieces, choros with the irresistible swing of samba from south Brazil, to baião from the northeast.

Choro emerged in Rio de Janeiro in the late 19th century as a mixture of European harmony with African rhythm and improvisation, in a similar way to jazz, ragtime and tango. The word choro comes from the Portuguese verb chorar, which means ‘to cry’. Indeed, choro music certainly has its fair share of tear-inducing laments. But choro is mostly known for its lively, playful and syncopated melodies in the traditional setting of a roda; that is, with musicians playing informally around the table in a bar, or the kitchen or garden of someone’s home.

It is Thursday night at the Pizza Express Jazz Club on High Holborn in London.   I’m settling in with the obligatory pizza for an evening of choro music courtesy of the band Alvorada featuring Rachel Hayter on flutes.  The band first came together in 2016 and this is the launch of their eagerly awaited debut album First Light.  Actually, this is The Launch Part 2.  The first album launch was in April which, by all accounts, was so well received that Pizza Express asked them to come back for another gig a fortnight later.

Opening in 2017, the Holborn venue is a recent addition to the expanding Pizza Express live music portfolio.  The place is buzzing tonight; it’s a cool crowd.  In amongst the London chat you can hear the soft round vowels of Brazilian Portuguese.  Alvorada are a well-established part of the UK Brazilian music scene and there are many friends here. 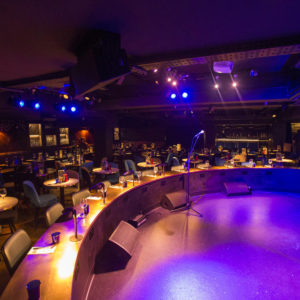 The club is kitted out with the de rigueur jazz décor – heavy red velvet curtains, violet blue light, a scattering of candlelit tables and chairs.  A semi-circle of empty black chairs is set out on the low stage ready for the musicians.  Immediately opposite, curving round to complete the circle, is a long wooden table with a line of singleton seats facing the musicians only about a metre or so away.  Each seat has its own small desk lamp.  Presumably, the idea behind this design is that London’s jazz aficionados can drop in for a drink after work – to give some Serious Jazz Attention to the night’s show.  It has a slight court-room feel.  I wonder what it is like to play, scrutinised so closely by this judge and jury.  But tonight, the sense of jazz formality is dispelled as soon as the five band members step out onto the stage.  They are all smiles, bringing the brightness and informality of a roda with them – like someone threw open the velvet curtains to let in the sunshine.

The performance begins, fittingly, with Jacob do Bandolin’s Alvorada.  The opening cry of a rich sustained note on Andrew Woolf’s clarinet soars across the club, falling into the brooding descending figure of the tune.  The phrase is picked up by the flute, Hayter’s tone full and confident, before the contemplative mood shifts at the bridge – becoming upbeat, playful.  The blend between clarinet and flute is accomplished, smoothly melodic over the insistence of the rhythm section. 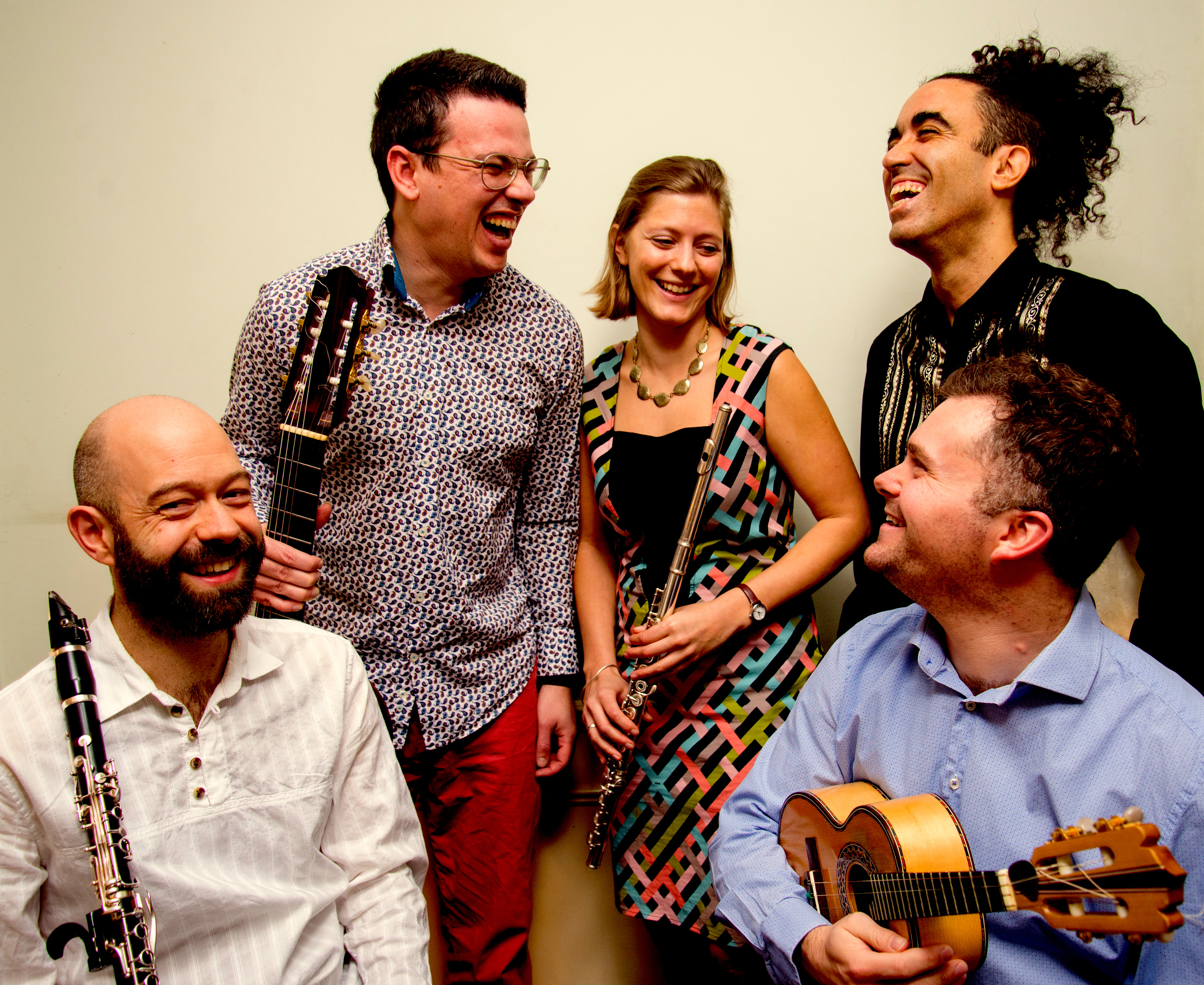 As the performance develops, the band takes the audience on a full emotional tour de force – from a bubbling joyful optimism to a wistful sadness. There is that wonderful in-the-moment connection between the musicians – easy eye-contact, ready smiles.  They are having a good time; their mischievous humour is infectious.  I glance over to the judge and jury on the front bench.  Alvorada have loosened up the London jazz aficionados: they are laughing; shifting a bit in their seats.

The album combines arrangements of traditional choro with the band’s own compositions.  The arrangements are engaging – particularly Um Choro Pro Waldir where the sound of the alto flute is warm and encompassing as the tune sways into a graceful conversation between flute and clarinet, alongside Jeremy Shaverin’s nimble cavaquinho. 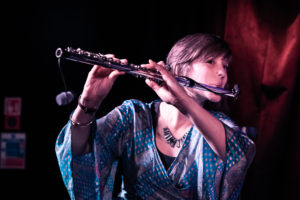 But it is in the original compositions where the distinct voices of the musicians really come through. From Shaverin’s lilting First Light to Luiz Morais’ thoughtful celebration of the Brazilian guitarist Guinga (Choro pro Guinga) – opening with a singularly pretty solo guitar melody. Hayter’s Dead Sea Samba, which starts with a 70s funk-fuelled cop show feel before rolling over the bonnet of the Ford Capri into the samba.  Yes, really.  This is fusion London in action.

And, of course, Shaverin’s Tom and Jerry shouldn’t pass without mention.  A tribute to the battles between cat and mouse, it is filled with laugh out loud musical representations of the cartoon slapstick and pursuit, hints at the original Warner Bros. theme, while showcasing the impressive precision-timing of the players and a great pandeiro interlude from Alua Nascimento.

By the time the last tune comes – Hayter’s exuberant Artful Dodger – the judge and jury have left their seats and are dancing with each other in the aisles.  No wonder Pizza Express wanted them back so soon.

At the end of the gig, I turf out with the rest of the audience onto High Holborn.  As we all wander off home in different directions, I sense we are all travelling a little a lighter on the city pavements, a little brighter.   As if, in some small but beautiful way, the world lifted for a moment.  And don’t we all need a bit of that sometimes. 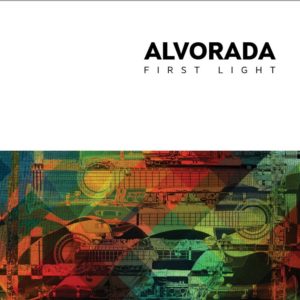 Alvorada continue the First Light launch tour on 18th July at The Harrison, Kings Cross London, 16th August at Ninety One Living Room, Spitalfields, London before having a third slice of pizza at Pizza Express Live in Birmingham on 4th October.  They will also appear at the Elgar Room of the Royal Albert Hall as part of the London Jazz festival on 16th November.  Full details of all their forthcoming tour dates and venues can be found at the Alvorada website.

[A review of First Light will appear here shortly, ed.]

Maddy Shaw is a flutist working in London with a particular interest in jazz flute and improvisation.  Maddy worked as a barrister for many years before changing career to concentrate on developing as a musician.  She recently graduated from Guildhall School of Music, and is the founder, director and band leader of the Girl Plays Jazz Project “introducing girls and young women to jazz improvisation.”