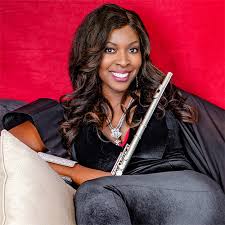 They say timing is everything! So it was that when I called Althea Rene recently to renew our acquaintance from some months earlier, I found that she is getting ready to release a new album! It is called Flawsome and is due for release June 21st.

Our conversation started a little awkwardly. I asked her: “Althea, generally I don’t like smooth jazz. Why do I like your stuff so much?”

Her response:”I don’t play smooth jazz — I am a soul flutist.” 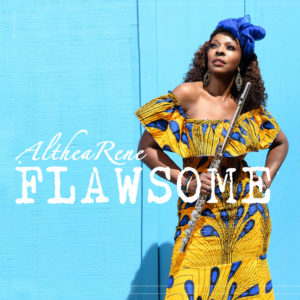 Flawsome is Althea’s eighth release in a career that has spanned over 20 years. Born  in Detroit, Michigan, she began her musical journey at the tender age of four. She studied classical music while attending Howard University in Washington D.C. and later gained further musical inspiration from the accomplishments of Yusef Lateef, Ian Anderson, and her father, one of Motown’s original Funk Brothers, Dezie McCullers.

For more than 10 years she was employed as a Wayne County Deputy Sheriff (Detroit, Michigan), performing part-time. But gradually she has built a full-time career and a reputation based on a series of  fine recordings. For example, In May 2013, she released her fifth project In The Flow. Collaborating with Grammy Award winning producer Michael Broening, (producer for legendary icons George Benson and Paul McCartney) she cowrote the title track. That single became her biggest hit and reached number one ranking on both the Billboard Chart and the Smooth Jazz Chart (leading to my confusion about her basic genre – smooth jazz or soul!). Althea Rene made history by becoming the first flute player in the history of Billboard Chart to reach the number one spot. 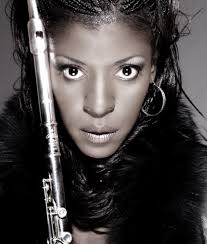 In April 2015, Althea Rene recorded her first live project. She and her rhythm section lit up the stage of the beautiful Detroit Public Library with a free concert. Music fans from all over Michigan enjoyed a scorching hot performance. A compilation of some of her greatest hits, Live in Detroit is arguably her strongest work to date.

Now with this new album, she is aiming to outdo her previous efforts. A review will appear here shortly along with sample tracks as we approach the release date. 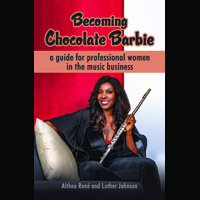