Alberto Socarras — A Profile
June 15, 2016 (No Comments) by Peter Westbrook

[Editor’s note: While working on my book The Flute in Jazz: Window on World Music I was able to report some information about Alberto Socarrás in my initial chapter No Need for Flutes (p.13) I also included a recording of the Socarrás solo on Shootin’ The Pistol in my documentary movie also called The Flute in Jazz. However, the information I included on Socarrás was not as complete as I would have liked, so it was a great pleasure to find that Aleisha Ward has provided a fuller account of his very significant contribution to the very beginnings of the history of jazz flute performance. See: www.fluteinjazz.com PW] 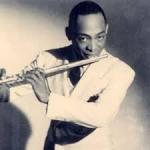 Alberto Socarrás was born on September 18 sometime between 1901 and 1908* in Manzanillo, Oriente, Cuba into a musical family. He began learning flute and clarinet when he was young. He would later teach himself saxophone from Rudy Wiedeoft records. 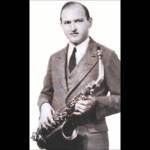 Socarrás studied formally at Conservatoire Santiago de Cuba and by the mid-1920s Socarrás had moved to Havana and was playing with his sister Estrella (a violinist) in Arquimedes Pous‘ theatre orchestra. In addition to the Pous orchestra he may have also played with some early jazz bands in Havana, which (if he did), would have stood him in good stead later in his career. 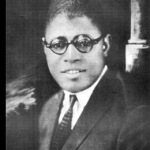 In late 1926/early 1927 Socarrás immigrated to the United States and settled in New York. He quickly gained a foothold on the New York scene playing in dance and jazz bands and in recording studios as a session musician. By June of that year Socarrás had met pianist and bandleader Clarence Williams and was invited to be part of a recording date in July. During this date Socarrás what is most likely the first jazz flute solo on Shootin’ the Pistol where he plays an improvised obbligato line over the ensemble lines. Although the solo lasts only 24 measures (about 20 or 30 seconds), this was a significant moment for the flute in jazz. Until now it had been considered too hard to record- and there was also the fact that there were very few jazz musicians who played the flute well enough to be recorded. Socarrás continued his connection with Williams into the 1930s recording flute (and also clarinet and saxophone) with his bands, but very few of the recordings have solos. (See Jan Evensmo: http://www.jazzarcheology.com/artists/alberto_socarras.pdf for more details)

In the late 1920s and early 1930s Socarrás also played in bands for Broadway revues, such as the Famous Blackbirds of 1928 (whom he played for until their 1933 production), and began to lead his own bands on tours around the United States, Caribbean and in Europe. Of particular note are his 1934 tour billed as Alberto Socarrás and his Magic Flute Orchestra and his tour of Europe in the same year leading the all-female band Anacoana from Cuba. In addition to these activities Socarrás still made time to play jazz, playing with the bands of Benny Carter in 1933, Sam Wooding in 1935 and Erskine Hawkins in 1937 among others. 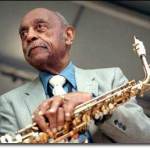 In 1938 Socarrás formed a Latin band at New York’s Savoy Ballroom, which included a young Dizzy Gillespie on trumpet. In his biography To Be Or Not To…Bop Gillespie noted that Socarrás “had the most perfect vibrato of any flutist I’ve ever heard. Man, he sounded like a bird on that flute.” This band is where Gillespie first started to really learn about Latin, and specifically Cuban music, which became an important influence on Dizzy and the formation of the Latin-Jazz movement of the 1940s.

Although Jan Evensmo Socarrás’ discography cites that the last known recording of Socarrás is from 1949, it appears that he did in fact record on flute into the 1960s at least. However, his flute recordings were relatively rare, although it seems that he played flute on live gigs on a very regular basis, and probably used flute in the television work he did in the 1950s for The Twilight Zone. Socarrás mostly retired from live performance in the 1960s preferring to focus on teaching with some recording on the side until his death in New York in 1987.
*As I have stated elsewhere Socarrás used both 1901 and 1908 as his birth year. While the latter is the most commonly accepted birth date Cuban music specialist Leonardo Acosta believes that he was born somewhere between these two dates- possibly about 1905. 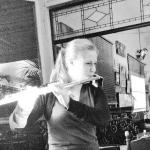 Aleisha Ward runs the music library at the University of Auckland in New Zealand. She has written extensively on Pioneers of Jazz Flute.

A Taster of Socarrás’s flute playing: